The platform administration panel is finally here! Login with the same email you registered your user.

Get Started! Watch a Video Demo

Beta.19 was finally released and the Admin is here!

With this release we have some crazy good news and some not so, poor MongoDB.

Support the project on Patreons

Would you like to support the project? We are now on Patreon!

We are on Ko-fi

Checkout our Ko-fi page and give us push by supporting the project :D

What's Reldens and the idea behind it?

It is a lot of things, but I would start saying it's a Platform, though it has it's own framework it is also based in a lot of other applications.

The project main goal is to allow users to create a MMORPG, this will be a tool that will give to developers the possibility of create a multiplayer games without the need of deal with all the difficulties to make it work in a secure and efficient way over any network.

But not only developers, the platform future is to make it available for non-developers as well, so normal people could use an interface to create and run the game online without need any development knowledge (but it will take some time before it gets completely like that).

Why I've started this project?

I've always loved the idea of create my own games and I've started to do it long time ago with the old fashion RPG Maker 2000 (yes, as you can tell I LOVE RPGs, specially the 2D old ones), but in these days I find a much more rich experience in multiplayer games so I've decided to dig into.

When I've started to see all the required stuff that I'd needed to learn and all the challenges it has, like avoid been hacked or LAG (stuff you don't care on a single player offline game), I've decided to create a tool using standard and cross-devices encoding to make the project developer friendly, easy to upgrade, and that can grow along with the technology advances.

What you will find on Reldens? 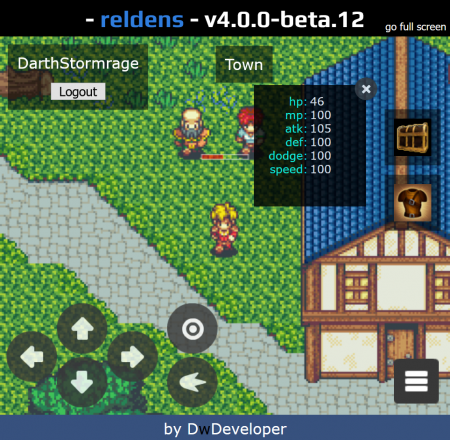 Using modifiers you will be able to change the player stats. 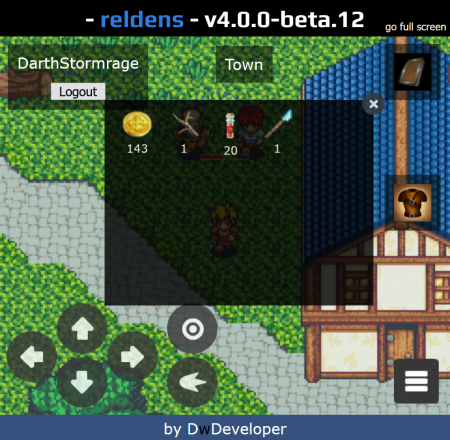 Create all kind of items, usable and equipment. 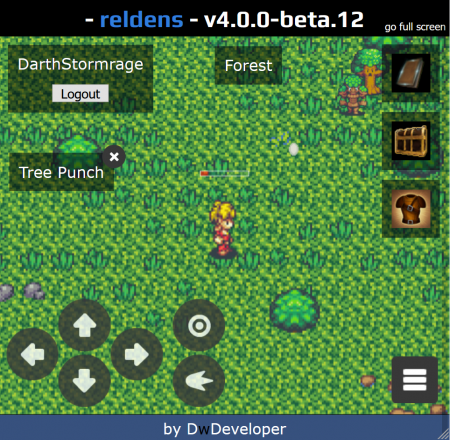 Setup different skill types using bodies or not, fight with other players or enemies. 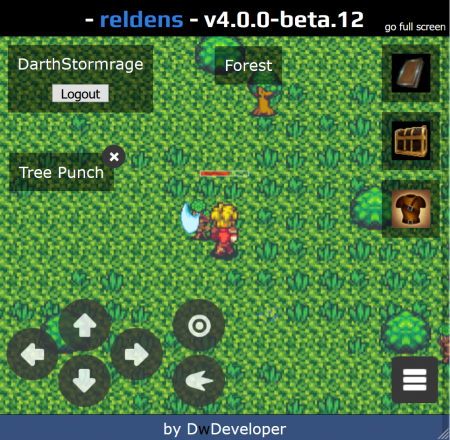 NPC's and Enemies with respawn 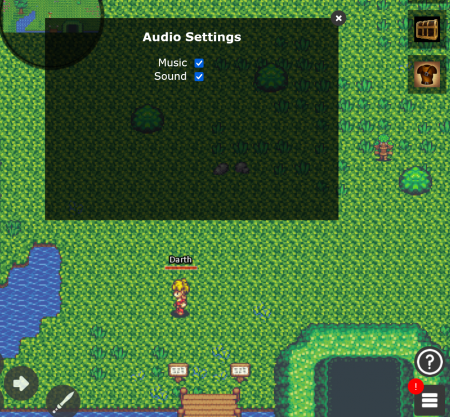 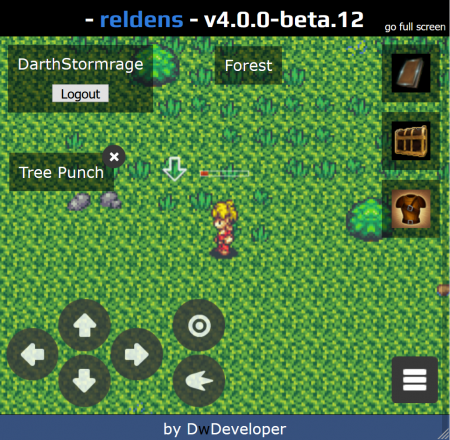 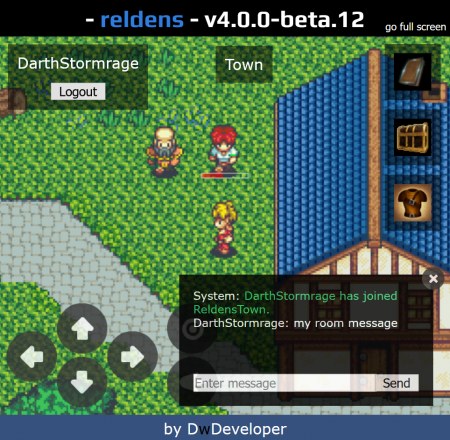 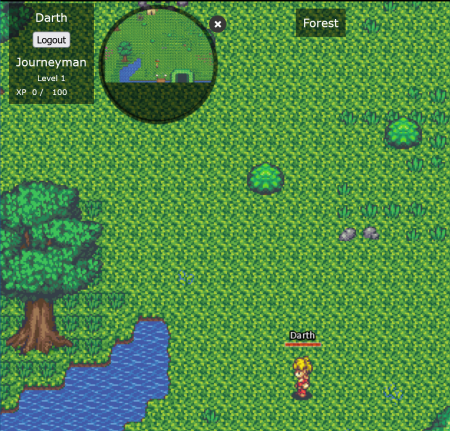 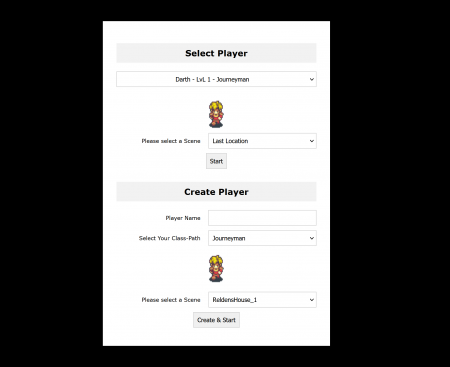 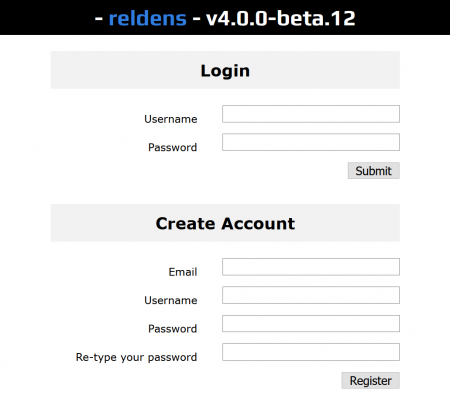 Using MySQL as storage by default you will find everything saved. 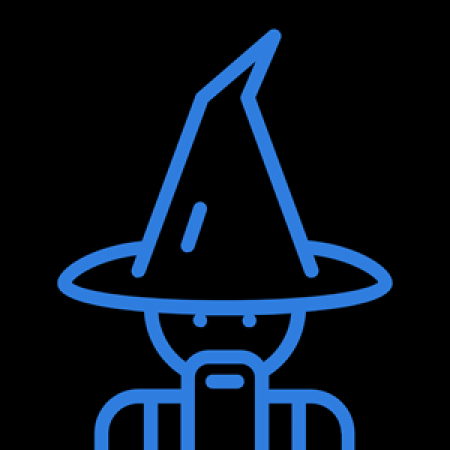 Check out all about Reldens here!